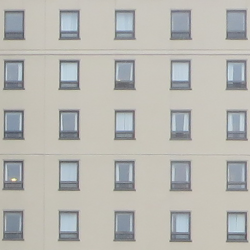 I have been lucky enough (I think “lucky” is the word I want) to stay many times in hotels on both business and pleasure, all around the world. Some have been top class, others not so good. A good hotel will make a stay a very pleasant event, and even bad hotels tend to have some good points. Not all have great breakfasts or restaurants for dinner, but then you can often go out for these. But there are some things which annoy about a hotel stay, and almost all hotels – even the very best – suffer from the same things.

So let me offer my top ten failings, encountered at almost every hotel.

You know the one, about how the environment will be saved by reducing usage of detergent by several tons if we re-use our towels. Whilst I applaud the sentiment, what sticks in my throat is the sheer hypocrisy of it.

No hotel I’ve ever stayed in has shown more than a passing gesture towards environmental friendliness. Often the air conditioning is left running in unoccupied rooms, lighting is widely left on in unused spaces, and there is clearly little attention given to waste of any sort. Some hotels are at last looking at recycling the part used toiletries in the bathroom, but many still just send them to land-fill.

So why the message? Self-interest, of course: if they can get you to reduce their costs on expensive laundry fees, then that is what concerns them more than the environment.

So come on hotels, stop leaving this offensive little message in our bathrooms.

2. The duvet is always too heavy

Why is it that, even in the tropics, hotels seem to want you to sleep under a 15-tog duvet?

I know some people, especially women who always seem to be colder in bed than their male partners, do like some weight in the bedding that covers them, but I find it stifling. All too often the duvet is so thick that you have to turn the air conditioning down to arctic temperatures, which means you can’t sleep for its noise, you freeze if you get up to go to the toilet during the night, and you have to leap out of bed first thing in the morning, turn the temperature up again, and dive back under cover for ten minutes.

The alternative is to turn the aircon off, and wake up perspiring freely at midnight. It’s another way hotels cause you to waste electricity and harm the environment.

Why can’t a hotel offer a lightweight duvet with the option of blankets or counterpanes to add if it is not warm enough? This is the main reason I don’t sleep well in hotels: the beds are fine, the bedding is not.

No matter what lights you put on in a hotel room, it is always gloomy after dark (and sometimes before it). Lighting is designed to provide small pools of barely adequate illumination in the wrong parts of the room. This seems to be especially true of anywhere you want to do something that needs extra light – like packing your suitcase, checking your appearance in a mirror, or searching in drawers. Often the only well-lit place is the bathroom.

At home, there is always a bright light in the centre of the room which I can then turn off in favour of mood lighting for such activities as watching television or reading in bed. This is widely provided in houses because it is sensible and useful. Why then is it never provided in hotel rooms?

And that is when you discover of course that to turn one of these many side lights off or on you have to grope despairingly under a lampshade or trace the lead away from the lamp to find the switch, which often is not easy to click to the desired position. Even the master light switch sometimes provided beside the bed often doesn’t actually turn all the lights off. Grrr.

It is no longer possible to survive without access to email, Facebook, Twitter, your favourite web sites and so on, let alone if you actually want to do some work. Thus just about every guest nowadays needs access to the Internet, preferably by WiFi – you might be able to plug your laptop into a LAN socket (assuming you travel with a LAN cable), but then you probably also have a smart phone and an iPad as well which you can’t plug in.

Naturally the hotels charge you for access to WiFi, even though the signal is sometimes flaky and the connection speed is often pedestrian, and they charge at an eye-watering rate. When I’ve challenged this at the reception desk, the claim is that it is an expensive facility to provide and they need to recoup the cost of it. Well, it is becoming cheaper and cheaper as a resource, and in any case, do you see the hotel charge for the satellite tv? Do they charge for the pool and the fitness centre, surely both more expensive to run than WiFi, and neither of them used by the majority of guests?

Personally, I am reluctant to drink water from the cold tap in the bathroom. I’m sure it is ok to drink in most developed countries, although I wouldn’t trust it in large swathes of Africa, Asia and South America. However, it often tastes to me a bit metallic or chemically. So I prefer bottled water for my bedside glass.

If the hotel is close to a supermarket or convenience store, then I will go out and buy a bottle for typically a pound or less. Why then does the hotel provide a bottle in my room for the staggering price of anything up to £5? This is not a profit margin, it is an insult and a disgrace. Airlines and other travel companies will hand out free bottles if there is a queue, so it can’t cost them much to buy in. Add a pound on my room charge if you must, but let me have a free bottle, please.

Most hotels provide those strange folding stands for you to put the suitcase on. I think the trade calls it a luggage rack. It never seems to take a suitcase as if made for it, and if you travel with a non-standard case, like a holdall or – heaven forefend – a backpack, then it is even less convenient.

Even if you can get your case nice and snugly on the rack, chances are that there is nowhere convenient to put it. It won’t go in the cupboard, unless you put the case on the floor and don’t use the rack at all, which of course means that for anything out of the case you need to grovel on the floor yourself. Many rooms don’t have a convenient corner for it, or if there is, naturally it is nowhere near the wardrobe.

But then there’s another thing. Almost every hotel room is designed for occupancy by two people. I regularly go on holiday with my wife (it seems churlish to leave her behind) and so we typically travel with two cases. Want to put two cases somewhere convenient in a hotel room? Forget it.

I’m sure you’ve been there. You’ve just taken off a pair of trousers and you think you’ll hang them in the wardrobe so as not to get too creased. So you open the wardrobe with your spare hand and there are the hangers, like the normal hangers you have at home but with something like a nail instead of a hook to fit into some socket that can’t be removed from the rail, which you can’t detach to put your trousers on with only one free hand.

If you are going to be there more than a day or two, you will want to hang up perhaps a couple of pairs of trousers, three or four shirts and a jacket. So will your wife. What a shame then that there are only four hangers in the wardrobe.

Then you have to go out in the cold and rain, and on your return you want to hang up your wet coat. There is nowhere except in the wardrobe where it can conveniently transfer its dampness to your other clothes.

All too often I find in my hotel bathroom that irritating notice about “if you hang up your towel it means you will use it again” – see the rant above. Again, with two of you sharing the room, that means four towels, two bath and two hand. There is never enough towel rail space to hang more than one, if you are lucky. Why would you hang up a towel to re-use when you can’t hang it so that it can dry before you next need it?

Too many hotels, often the same ones that have a long queue every time you want to talk to someone at reception, have inadequate to zero seating for you to rest in the lobby while waiting for partners, friends and colleagues. Often you are reduced to loitering near an occupied seat and hoping to beat other loiterers to whichever one becomes available first.

One hotel I stayed in recently, which was clearly trying too hard to be stylish and super-cool, had a large lobby area with just two bean bags for seating. Sorry, but I’ve reached the age where neither knees nor dignity will permit me to attempt to use a bean bag. I won’t be staying there if I go back to that city.

Let us know if you have any pet hates with hotels to add to this list. Let’s hope a few hotel managers stumble across this article and take it to heart!