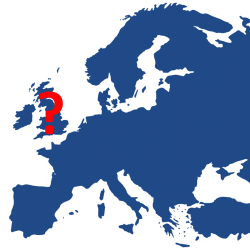 I know I said I would avoid political comment in these blogs, but I have been so dispirited by the whole nature of the Referendum campaign on both sides that I felt a small rant was in order. I’m not going to plump for one side or the other, rather to proclaim “a plague on both your houses”.

Should we stay or should we go, to paraphrase The Clash? Having followed the debate, a number of conclusions can be drawn on many aspects, except for the answer to the question itself, which is still not clear and I suspect never to be so. Here are five conclusions from what I’ve heard so far.

1. There was never a need for this referendum in the first place.

The concept that the great British public would be able to express an informed opinion on such a complex matter when those politicians with access to all the available facts cannot agree is laughable. Most people will vote based on prejudices rather than on any available and reliable information and a calculated assessment. The result is always likely to be unpredictable as a consequence.

Personally – and I consider myself tolerably well-informed and objective – I find the decision almost impossible to make on rational grounds. I really would prefer to elect politicians based on their overall stance to issues such as Europe and then expect them to make properly and fully informed decisions on my behalf.

2. The lies and disinformation from both sides is depressing.

This has been a campaign based on wholly unsubstantiated assumptions and bigotry. Personally, I have had many leaflets through my door for the Leave campaign, but nothing from the Remain side, so their information comes from the television or news web sites. Some of the claims have been laughable.

For example, “The EU forces us to charge VAT on goods, pushing up bills for working families.” So if we leave the EU, will we abolish VAT? Of course not. Prior to VAT, in the UK we had Purchase Tax. This effectively did the same thing – put a surcharge on the sale price and generated Government revenue on sales of goods. Would we go back to Purchase Tax? Unlikely, the cost of doing so in terms of changing the revenue collection apparatus of Government is I am sure enormous, and even if we did, the Purchase Tax introduced would likely have an impact similar to that of VAT on prices at point of sale.

3. Some political figures will have forever lost their credibility whatever the result.

To name just a few:

David Cameron has pushed us into this referendum for political not democratic reasons. If we vote Leave, Cameron is clearly toast, but even if we vote to remain, his standing in the party has been damaged, and I cannot see him surviving to the end of his term.

Michael Gove has been shown to be manipulative and untrustworthy. His has been a campaign of prejudice and blinkered view of the facts, and he is clearly prepared even more than other politicians to put a one-sided view of the facts in front of voters.

Boris Johnson has shown that ambition gets in the way of party loyalty, and whilst he has always seemed a buffoon, the good sense sometimes buried in the joshing has been absent from his contributions to this campaign.

And Jeremy Corbyn has hardly looked a decisive and confident leader with his dithering and half-hearted support for the Remain cause.

Time to get rid of the lot of them and turn to a new generation – if any credible politicians can be found.

4. Can Immigration really be brought down as soon as we leave?

Let us consider what facts are actually available on immigration. All of the following come from available government data.

Firstly, immigration from the EU is actually only half as large as immigration from outside the EU – which we already have full control over. By some margin, the two biggest sources of immigrants are China and India.

Secondly, EU immigrants are mostly from Poland, Germany, France and Italy. Those from eastern Europe including the likes of Romania, Bulgaria and Albania are a small minority.

Thirdly, whilst immigrants currently make up 13% of the work force, they make up just 7% of those claiming benefits, and of these, only a third come from the EU.

Fourthly, we have nearly full employment despite the level of immigration. I was brought up in Lincolnshire, and I know that the farming community there relies on immigrants to work in the fields. I have been told that these farmers would prefer to employ UK nationals, but they cannot get anyone. I believe it is the same with sectors such as construction, the restaurant trade, and cleaning and maintenance staff. It seems that UK natives are not prepared to take lower paid, physical or ‘menial’ jobs.

I share the electorate’s clear unease about the impact of immigrants on the British way of life (whatever that is) and more specifically about the overpopulation of these crowded shores, but what can we do instead of accepting immigrants? Can we just accept those already here and shut the door to anyone else?

5. Nobody has any real idea about the economic consequences of leaving.

Forecasts have been put forward by both camps about the impacts on the economy of leaving the EU, with widely different potential outcomes. Now as part of my degree I learnt about statistics, and the impact on calculations of degrees of uncertainty in the source data or assumptions. I know that small changes in figures multiply up to make big differences in the results of calculations. With that in mind, and given the hugely uncertain nature of assumptions being made in assessing trends in economic performance, I think that all such calculations contain so much margin of error as to be meaningless.

So in conclusion I consider we have almost no hard information of any value to go on, and no-one advising us who is worthy of our trust. We might just as well have a referendum on whether it will be hot and dry or cool and wet next summer.

Good luck with your voting!

In, out, shake it all about…